FROM: Again With The Comics
Brian Hughes goes on and on about comics.

Goldurn if'n thar weren't a hillbilly craze back in the mid-1950's, an' goldurn if comics didn't try to cash in like everyone else! As America emerged from World War II and entered the atomic age, a group of lovable, backwards, shabbily-dressed hill folk were left behind by a combination of poverty and geographic remoteness. Their feudin' moonshine-drinkin', cousin-marryin' ways were pure comedy gold for the country's burgeoning entertainment industry, and soon the movies, television, and yes, comics had hillbilly fever. For years, the American hillbilly provided his wealthier, more sophisticated countrymen with countless hours of joyful schadenfreude before the fad wore off, and they went back to just being poor people. Anyhow, bite off a chaw o' tabaccy, have a sip o' some of this hyar corn likker, dig inta some of maw's possum pie, and enjoy some good old fashioned, down-home HILLBILLY COMICS: 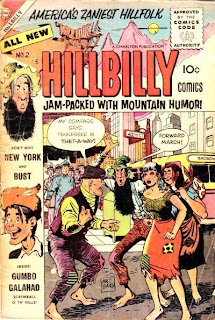 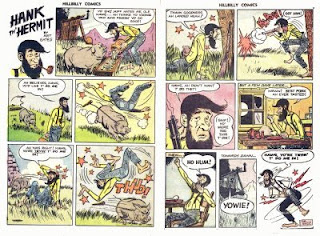 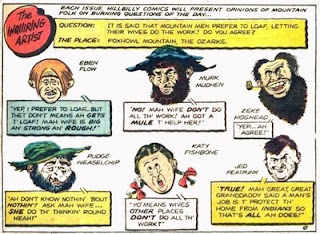 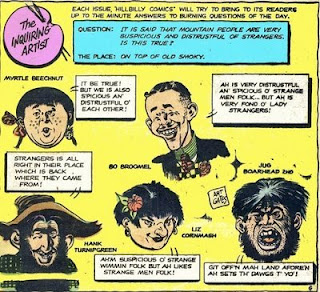 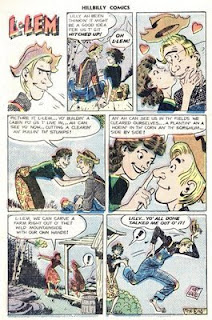 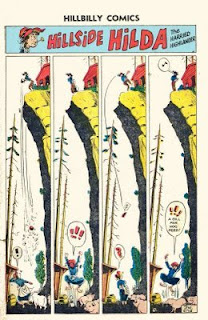 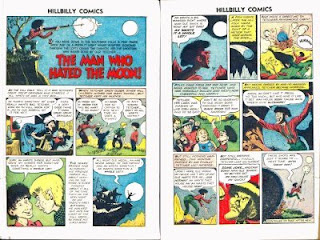 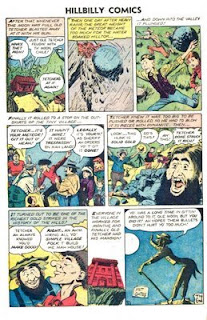 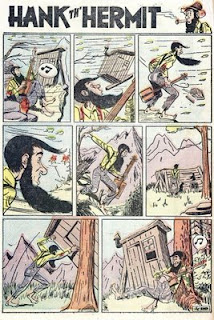 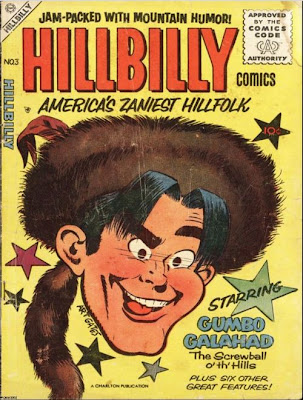