JIM LINDERMAN BLOG ABOUT SURFACE, WEAR, FORM AND AUTHENTICITY IN ART, ANTIQUES AND PHOTOGRAPHY. DULL TOOL AND DIM BULB WERE THE ONLY SWEAR WORDS MY FATHER EVER USED. ITEMS FROM THE JIM LINDERMAN COLLECTION OF VERNACULAR PHOTOGRAPHY, FOLK ART, EPHEMERA AND CURIOSITIES. (NOTE: IF ANYONE BELIEVES AN IMAGE CONTAINED VIOLATES THEIR RIGHTS OR INSULTS THEIR INTELLIGENCE, SIMPLY POINT IT OUT AND I WILL REMOVE) 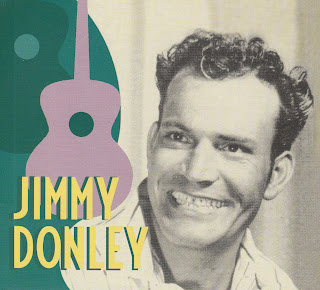 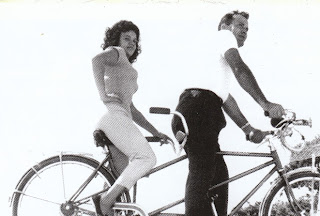 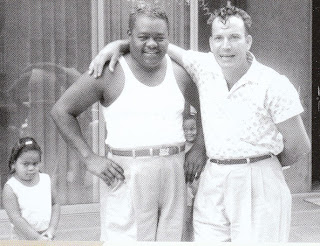 Prostitutes, knives, sexual abuse, mental illness, suicide, alcoholism, attempted murder, wife-beating and an ill-fated decision to sell the rights to his songs to the crooked preacher J. Charles Jessup HERE) all add up to one damn good reason to BUY A CD instead of downloading some songs. I swear, there is no way a tiny digital impulse which costs 99 cents and hurts your ears because the sound is so bad can even BEGIN to compare with a real CD and a real BOOK of liner notes, and the Jimmy Donley CD from the incredible Bear Records label in Germany is not the only reason, but it is a good one. I can't even do justice to the disc, the liner notes, or the simply hard to believe story which unfolds as you listen. Suffice to say if you still own a CD player, this belongs. I've been a big fan of Swamp Pop for a long time, it is one of the last vestiges of a music junkie, and it has been on my mind even more since British Petroleum broke the Gulf with misguided greed and a rush to profit. Swamp Pop comes from the same place now being gobbed with oil, and that the area just to the south of New Orleans has made a musical contribution equal to their cooking should not escape anyone. LikeBobby Charles, who I have also profiled here, Donley got some songs into the hands of Fats Domino, yet another reason to be glad to be alive...and if you know that beat and rhythm, you can begin to understand swamp pop. This would be a good CD for you to start with, and after you have read the simply incredible 40 page story included with the disc, if you don't have second thoughts about all that money you're electronically transferring directly to Apple...then I give up.FIVE CAJUN STARS *****Jimmy Donley The Shape You Left Me In Bear Records 2010 1 CD and 42 pages of text. BUY

Am I the only person who thinks that on the record cover he looks like the guy from 'Henry: Portrait Of A Serial Killer'. Just sayin' is all ;)