The Piper at the Gates of Dawn - Original UK Mono

"...This is really the band’s greatest album & the one that laid the groundwork of their future sound; Syd (or Gilmour) with his Binson & slide guitar wailing along with Rick Wright. The “pushing aside” of Rick Wright in later years, until he was finally kicked out of the band..."

The Piper at the Gates of Dawn - Original UK Mono 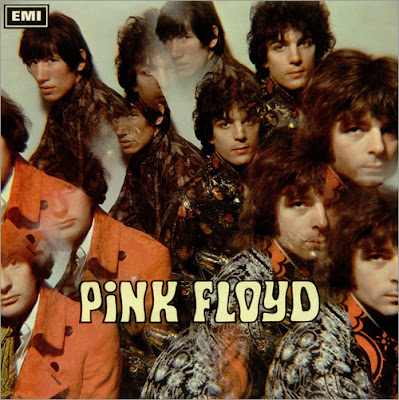 Take a look at an original mono pressing of Pink Floyd’s greatest album – The Piper at the Gates of Dawn. This is a very rare original 1967 UK blue and black Columbia label eleven-track, mono, LP with stunning front laminated flip back picture sleeve and original illustrated EMI catalog inner. 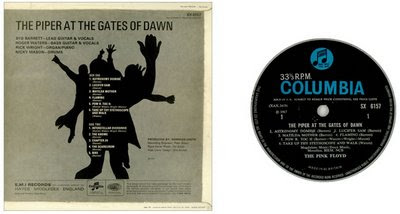 Piper… mono was released on August 5th, 1967 and one month later it was released in stereo. The album's title comes from the title of the seventh chapter of Kenneth Grahame's “The Wind in the Willows.”

Mono was the main format of the day and so those mixes were done at separate sessions for each track. The whole stereo album was mixed in a single day with Norman Smith doing a ham-fisted attempt, so this really is the definitive mix of this greatest album with significant differences to the stereo mix. Mono was where all the work and time went and the stereo mix, like “Sgt Pepper’s Lonely Hearts Club Band”, was pretty much cobbled together as an afterthought.

The Piper at the Gates of Dawn mono mix is much “punchier” and upfront. Shit it just plain sounds better. However, there are many subtle changes in effect, moment to moment gradations that alter the flow of an entire track. For example, Syd Barrett’s whoops and shouts on “Take Up thy Stethoscope and Walk” are simply dripping with delay and the sound collage constantly morphs, unlike the stereo version which is “fixed”. The coda of “Flaming” is briefer than on the stereo version, as is “The Gnome”. There's a whole layer of organ missing on the stereo mix at the start of “Interstellar Overdrive” with a bongo fade-out and seriously different parts in “Pow R Toch H”.

This is really the band’s greatest album and the one that laid the groundwork of their future sound; Syd (or Gilmour) with his Binson and slide guitar wailing along with Rick Wright. The “pushing aside” of Rick Wright in later years, until he was finally kicked out of the band for that abomination: The Final Cut, screwed with that key element of the ‘Floyd’s sound. But by that time, Igor Waters was convinced it was all about him.

Annnnnyway, if you had bought the original American release on the Tower label, you bought a bastardized version of the album. Tower dropped Astronomy Domine from the original tracking to include the "hit" See Emily Play.

For a band as legendary as Pink Floyd it really was downhill for them after this LP. Their next greatest album was A Saucerful of Secrets. After that, the soundtrack to the film More. The rest was a slow burn of ever decreasing risk taking and innovation with a big burst of popularity in the mid seventies. The band’s downward playing line finally crossed the public’s “dumb” line. It was Nirvana for a bit.

But Piper… is where it all started and Piper… remains their best.