QUOTE OF THE WEEK
Whole Foods Boss: We Sell a 'Bunch of Junk'

"We sell a bunch of junk. We've decided if Whole Foods doesn't take a leadership role in educating people about a healthy diet, who the heck is going to do it?"

The emperor of natural foods, Whole Foods Market (WFM), has no clothes. Throughout the 2009 summer months, OCA has been alerting organic consumers to the troubling fact that the overwhelming majority of grocery items (approximately 2/3) sold by WFM, even their private label "365" brand, are not certified organic, but rather so-called "natural" products that are typically just conventional products in disguise. After being defensive and unresponsive at first (basically saying "we sell more" organic food than any other retailer), and after putting pressure on OCA's advertisers to stop supporting us, WFM seems to finally be "seeing the light."

After thousands of emails from OCA members demanding that the company stop selling so many bogus "natural products" and embrace its stated mission to sell healthy organic foods, WFM's executives apparently realized last week that OCA will not shut up, and that they have a major problem on their hands. You can't just simply proclaim that you are a leader in selling organic foods, you must actually walk your talk. Last week, WFM announced it was launching a new "healthy eating" initiative with a greater emphasis on organics. In a highly publicized speech in the UK, John Mackey confessed the company's product selection had veered off course. The OCA will be monitoring WFM's practices closely to make sure that the giant retailers' actions match its rhetoric. Instead of 2/3 of its sales being so-called "natural" products, (with only 1/3 certified organic), OCA wants to see 2/3 of WFM's sales be organic by the end of 2010. 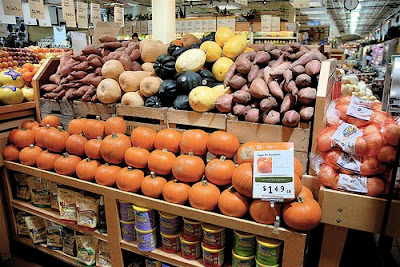 The Organic Consumers Association has been pressuring Whole Foods Market and wholesale giant United Natural Foods to put a priority on selling organic, as opposed to so-called "natural foods."

Now, Whole Foods Market is bowing to OCA pressure and has promised to sell significantly more organics in 2010.

Please write to Whole Foods to thank them for putting a renewed focus on its core customers. If you can, please take the time to personalize your letter. Sample at: http://salsa.democracyinaction.org/o/642/campaign.jsp?campaign_KEY=27761

(If you wrote to Whole Foods and recieved a reply from them, you might be interested in OCA's response to Whole Foods' letter: http://www.organicconsumers.org/articles/article_18697.cfm )

Whole Foods boss: We sell a 'bunch of junk'
John Mackey, the chief executive of Whole Foods, one of London's leading organic supermarkets, has told customers he sells "a bunch of junk". 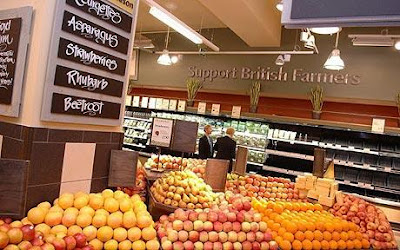 John Mackey, chief executive of Whole Foods, admitted shoppers had been let down by filling his shelves with fat-laden products Photo: PA

Mr Mackey admitted shoppers had been let down by filling his shelves with fat-laden products.
He said: "We sell a bunch of junk. We've decided if Whole Foods doesn't take a leadership role in educating people about a healthy diet, who the heck is going to do it?"

While his comments were intended to stir shops into action, they revived memories of the jewellery chain tycoon Gerald Ratner, who made one of the most famous gaffes in corporate history.
He saw his business empire collapse after claiming one of his products was "total crap".
Mr Mackey apologised for losing sight of the American-based company's health food roots and said all retailers had a responsibility to help tackle Britain's obesity crisis.
Staff at stores in Kensington, Camden and Stoke Newington will be trained to advise on healthy eating and be "bribed" to lose weight. Employees will be given bigger discounts off the store's products if they meet targets to lose weight, stop smoking or reduce their cholesterol or blood pressure.
Whole Foods opened in Kensington two years ago, promising to lead a healthy organic food revolution in London. Mr Mackey said he would be offering in-store nutritionists from now on instead of cakes and meringues.
His comments came after the Food Standards Agency said there was no evidence to suggest that organic produce was better for consumers and it had no extra health benefits.
Mr Mackey made his comments while launching the Whole Foods' "healthy eating" initiative, set to start in the autumn, will give the brand a higher profile in London that bosses hope will lure in more shoppers.
A spokeswoman for the British Nutrition Foundation said: "British retailers need to heed this message. There is too much promotion of biscuits and chocolate with special offers.
"There needs to be a better balance. They have a part to play in educating consumers."
Posted by T. Tex Edwards at 12:23 PM