Slam Bang Theater returns to local television (and the internet) on Dallas iMedia Network for a retrospective weekend that will bring back memories of Dallas and Fort Worth during the formative years of today’s baby boomers. September 24 & 26, 2009, Dallas iMedia Youth Channel and the TCU Writing Scholarship will receive the proceeds from a weekend-long celebration that will feature: 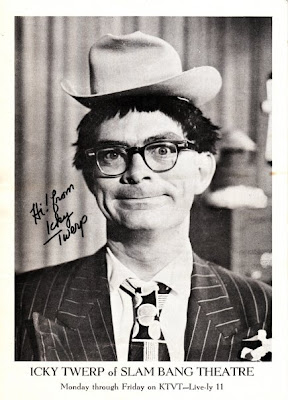 Bill Camfield created the character Icky Twerp and the program Slam Bang Theater as a means to showcase local products or services. Early sponsors included Dr. Pepper Bottling Company, Borax and many others. Paul Camfield, Bill’s son, says his father entered the profession at a time when most of the programming was being created in house and his father’s talent as a writer served him very well. “My Dad and most of his co-workers had no idea they were creating lasting TV memories. They were just having a blast showing up for work each day.” Bill Camfield’s character Icky Twerp even enabled him to be invited to play a bit role in the last Three Stooges feature length film “The Outlaws is Coming” in 1965.

When Dallas Morning News reporter, Jacquielynn Floyd, published her list of the “Ten DFW Things That I Miss Most”, Slam Bang Theater was in the #1 spot. iMedia contacted Paul Camfield about collaborating with us and the SBT DFW Retro Weekend was born. 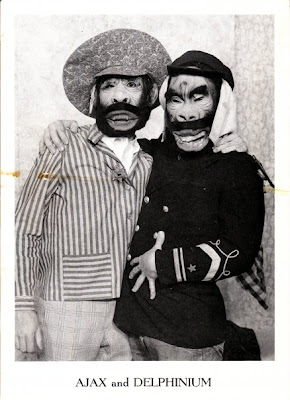 "Whether it was Slam Bang Theater, Nightmare, Million Dollar Matinee, Hoover the Hound, Binky & Belinda, Reveille, Home Town Harmony, or The Three Stooges, this site has some basic background information about my father's career and highlights from his years in television in the Fort Worth area from about 1955 until 1972. My hope is that this site will be a place that people who have been looking for information about my father's shows and other programs from the early days of KTVT history can come read and see some images from the past. On the "Fans Speak" page, I have imported comments and thoughts from the great fans who have emailed me about Dad's career and work. Click here to see what the fans have said in recent weeks and months. All materials I have used for this website come from the personal collection of my father. I inherited his entire archive when he passed away in 1991." --Paul Camfield

From Barry Kooda's personal collection, Icky thanking him "for the good, solid beat": 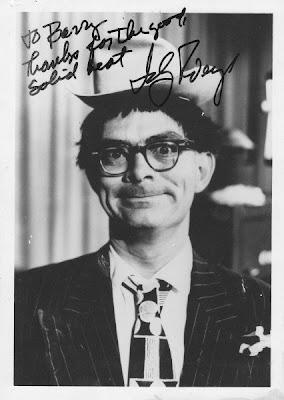 
Fort Worth's own Icky Twerp was our host of Slam Bang Theater. The pie thrown broke the plate glass window in front of the camera. This was NOT suppose to have happen. The beauty of live TV! Bill Camfield (Icky Twerp) was the reason the Three Stooges came back to popularity on TV. Thank you Mr. Twerp. More nostalgia at www.ickytwerp.net