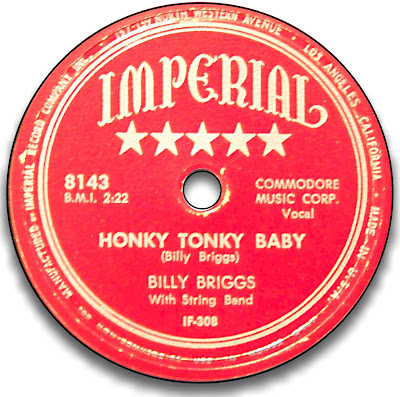 BILLY BRIGGS - Honky Tonky Baby (Imperial 8143)The Honky Tonky Baby, as so described by Amarillo boy Billy Briggs on his Imperial disc of 1952, is the gal of the every man dream. She might not necessarily be what you would want to come home to each night, but the honky tonky baby is certainly the type of gal a guy might flit about with on the weekend. She ain't a complainer, she ain't a whiner... she's the gal that's always ready to go. And when she gets all wound up and "does the boogie" she'll even one up the big attractions of the 1936 fair in Ft. Worth-- Miss Sally Rand and her fans. 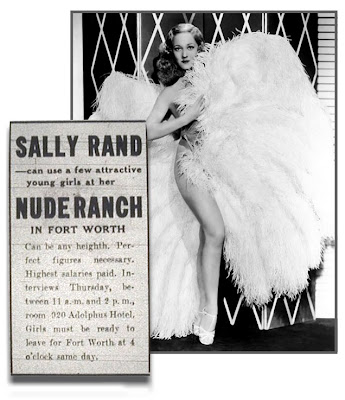