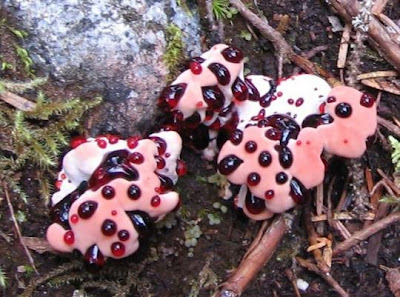 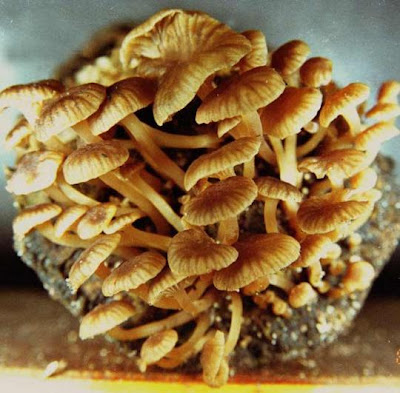 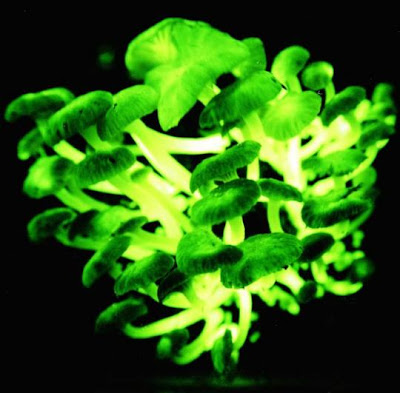 Some mushrooms emit light 24 hours per day – the luminescence is only visible at night. Around 65 separate varieties of mushrooms are known to be “glow in the dark” – however scientists are puzzled as to why they have developed this ability – what advantage it may offer to a species. 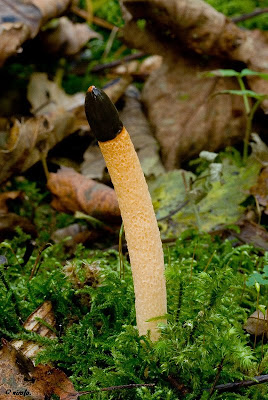 The photographs are of a stinkhorn and a netted stinkhorn. As their name suggests, this variety is known for the foul smelling sticky spores on the tip. The “dung” smell attracts flies and other insects which then spread the spores. 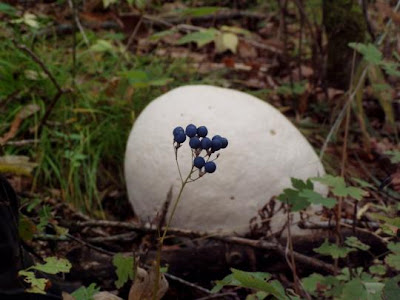 The giant puffball can grow up to 70cm diameter – they are edible and supposedly very tasty (whilst the flesh inside remains white) the inside of a mature puffball is a brown/green colour. 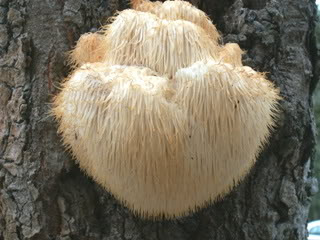 This fungus is often found in very old and mature forests, only some varieties of this species are edible, but only when the plant is young and spongy – as it gets older, the flesh turns woody and fibrous – but reports are that the fungus has strong laxative effects.

REMEMBER - Never eat a mushroom or fungus if you are unsure of its variety....Recite this old adage

There are old mycologists

There are Bold Mycologists

But there are no old bold mycologists
Posted by T. Tex Edwards at 3:10 PM

I was gonna go check for bugs on the squash and tomatoes---now I'm afraid to go outside. thanks.