...THE FOLLOWING TEXT IS THE CONTENT OF THE LINK ABOVE:

It’s very hard for me to write this letter / newsletter.

In the last fan magazine you could read that Willy was having a tough time right now.

He was diagnosed with Hepatitis C, as was Nina.

So Nina cancelled all 2009 concerts and assumed that Willy would be alright after 48 weeks of treatment. Then all of a sudden Willy got real sick, and the doctors tested him and tested him.

During the tests they hoped that it would be only Hepatitis C, but unfortunately the reality is different. The test has shown that Willy has Stage 4 pancreatic cancer.

The DeVilles want you, Willy’s fans, to be the first to hear about this devastating news. And Nina wants you to know that he has absolute no pain and that he’s being taken care of really really good. And that he jokes about them being in their “bird house”. A nurse comes once a week. The doctor comes once a week and a social worker comes once a week….

This is all the news I have right now, of course the fan club will keep you posted,

That’s why she’s having a request: Please support Willy in this difficult time of his life. Please send cards and letters to him addressed to the fan club: 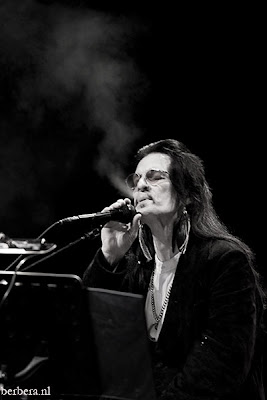 THANKS FOR THE BUMOUT NEWS, BUT I HADN'T HEARD SO I MEAN IT. HE'S A FRIEND

So sad to hear this... All the best, no pain and THANK YOU for your magical music, Willy!