(IF YOU HAVEN"T SEEN 'PERSONS UNKNOWN' & YOU ARE INTERESTED IN EARLY BRIT-PUNK, IT IS GOOD STUFF! CHECK IT OUT!)

WELCOME
The E-Books available here at Persons Unknown are in PDF format.
To view them you will need a PDF reader.
Get one HERE for free!
If you would like to make a donation for our time and effort you can do so HERE via PayPal

http://persons-unknown.blogspot.com/2009/06/punk-seven-six.html
WEDNESDAY, 17 JUNE 2009
Punk Seven Six
The story of the 1976 punk scene told by the people who were there. Includes quotes from Nils Stevenson, Steve Severin, Alan Jones, Marco Pirrioni and the members of the bands themselves. Concentrates mainly on the Sex Pistols beginning, the SEX shop and the 'Anarchy in the U.K.' tour. (GO TO ORIGINAL BLOGPOST TO DOWNLOAD PDF)

http://persons-unknown.blogspot.com/2009/06/howard-devoto-aggro-look-charismawe.html
SUNDAY, 7 JUNE 2009
Howard Devoto - "The aggro, the look, the charisma...we loved it!" 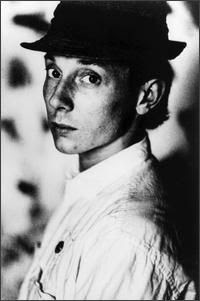 It was Fun House by The Stooges that first connected with me, in 1975.
I was at Bolton Institute of Technology, and the gigs they were putting on were really annoying me: Renaissance, Caravan.
Then I read the famous article by Neil Spencer in NME: "Don't look over your shoulder, the Sex Pistols are coming."
Pete [Shelley] and I met at that point.
Someone lent me a car that weekend, and we went down to London with Richard Boon [later Buzzcocks' manager]; we'd phoned NME, and Neil Spencer told me about this guy Malcolm and the shop.
Only then did we discover they were actually playing.
There were two gigs that weekend: High Wycombe, with Screaming Lord Sutch, and Welwyn Garden City supporting Mr. Big.
It was better than we'd imagined. We loved it: the aggro, the look, Lydon's charisma, McLaren... we taped it secretly, and it was, "We'll go back and do something like this in Manchester."
My life turned round: suddenly I was fully engaged, in every spare moment I had, with something I really cared about.
My mind was just full of Lydon and McLaren and the psycho-dynamics of it all. Everything.
At the gig we arranged for them, I remember John [Lydon) being quite... chuffed.
Nothing confrontational happened that night.
At the end he said something like, "Where do you all come from?" as if he was touched.
They were obviously pleased enough to want to do another one.
And that one sold out and beyond.
For me, that first burst of energy started to die out after God Save The Queen.
That felt pretty incredible, but things were moving on.
Marquee Moon, The Idiot, Low - they're going somewhere else, aren't they?
But my life turned round when I got involved.
I'm sure hundreds of thousands of people felt that things had opened up to them.
There was a change of all kinds of guards. And yes, some people were cleared out of the way.
Some very venerable people took it all very personally (laughs).
Posted by T. Tex Edwards at 9:38 PM

Do you have a link to the NME article or know where I could get my hands on it?

links showed are just the ones I reposted 6 years ago, which only referenced the NME article… sorry you'll have to do the research & digging on your own….