MASABUMI HOSONO: THE MAN CONDEMNED FOR SURVIVING THE TITANIC

MASABUMI HOSONO: THE MAN CONDEMNED FOR SURVIVING THE TITANIC 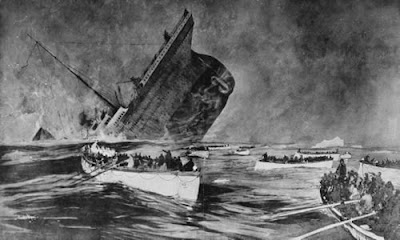 Sinking of the Titanic - LIFE Images

We all know the story of the Titanic - but did you know that one man survived the disaster only to be condemned for not dying an honorable death? Here's the story of a lone Japanese onboard of the ill-fated ocean liner whose survival actually became a curse: 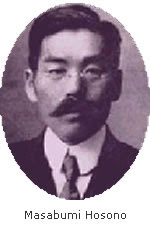 Uncle John’s Unsinkable Bathroom Reader has an interesting story about Masabumi Hosono, the man condemned by a nation for surviving the Titanic.

...In 1910 Japan's Transportation Ministry sent an official named Masabumi Hosono to Russia to study that country's railroad system. Hosono finished his assignment in early 1912 and, following a brief stop in London, began the next leg of his trip home by embarking across the Atlantic on the RMS Titanic. Needless to say, that leg of the trip didn't go quite as planned.

On April 14, at 11:40 p.m., just four days into its maiden voyage, the Titanic struck an iceberg while traveling near top speed and began taking on water...

...Of the more than 2,200 passengers and crew aboard the Titanic, just over 700 survived, including 316 of the 425 women and 56 of 109 children. Even if every woman and child had been accommodated in the lifeboats, there still would have been enough room for nearly 700 of the 1,690 men, yet only 338 men survived. Not everyone who perished did so because they declined an opportunity to climb into a lifeboat, not by a long shot. But this must surely have been the cause of many deaths.

In the shock and horror that followed one of the worst peace-time disasters in maritime history, many of these subtle details were lost on newspaper-reading public. As they counted up the 162 dead women and children, many readers wondered how 338 men had managed to find their way into the lifeboats, "displacing" those helpless victims. Hosono received some of the harshest criticism of all. Not from the American newspapers, who expected chivalrous self-sacrifice from well-bred gentlemen of the middle and upper classes, but were dismissive of foreigners and the rabble traveling in the steerage. Few American papers even took an interest in Hosono's story. One that did celebrated the good fortune of the "lucky Japanese boy."... 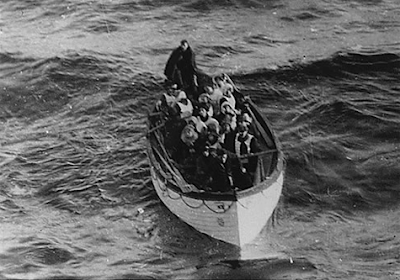 One of the lifeboats carrying Titanic survivors (Photo: The National Archives)

...No, the harshest attack against Hosono came from his own countrymen. For in surviving the Titanic disaster, he had broken two cultural taboos. Not only had Hosono chosen ignominious life over an honorable death, he had done so in public - on a European passenger liner with the eyes of the world upon him.

Hosono was denounced as a coward by Japanese newspapers and fired from his job with the Transportation Ministry. The ministry hired him back a few weeks later, but his career never recovered. College professors denounced him as immoral, and he was written up in Japanese textbooks as a man who had disgraced his country. There were even public calls for him to commit hara-kiri - ritual suicide - as means of saving face.

Hosono never did kill himself, but there must have been times when he wished he'd died on the Titanic. He never spoke of the experience again, and forbade any mention of it in his home. After he died in 1939, a broken and forgotten man, his letter to his wife, written on what is believed to be the only surviving piece of Titanic stationery, sat in a drawer until 1997, when the blockbuster film Titanic staged its Tokyo premiere. Then the Japanese public's interest in the doomed liner's lone Japanese passenger was renewed again, this time with much more sympathy.