Amplify’d from wyattandstuff.blogspot.com
See this Amp at http://amplify.com/u/b10f1f
Posted by T. Tex Edwards at 1:37 AM No comments:

Barrett: come on you painter!

Amplify’d from atagong.com
See this Amp at http://amplify.com/u/b1065g
Posted by T. Tex Edwards at 3:20 PM No comments: 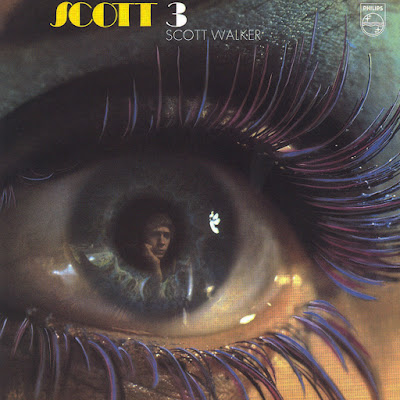 Size: 88.1 MB
Bitrate: 256
mp3
Ripped by: ChrisGoesRock
Artwork Included
Source: Japan 24-Bit RemasterScott 3 is the third solo album by singer songwriter Scott Walker.Upon release in 1969, it met with slower sales than his previous albums, as pop audiences struggled to keep pace with Walker's increasingly experimental approach. The dense lush string arrangements by Wally Stott seemed to evoke a Vegas-style lounge crooner atmosphere, but one tinted with surreal drones and touches of dissonance.Since its release, it has been regarded by many of Walker's fans as a favourite. The title of the compilation Fire Escape in the Sky: The Godlike Genius of Scott Walker is taken from the lyrics of the song "Big Louise", and the 2006 documentary Scott Walker: 30 Century Man is named after "30 Century Man".A cover of "30 Century Man" by the Jigsaw Seen was used in the animated film Futurama: Bender's Big Score.


The final three tracks are covers of compositions by Jacques Brel.Scott Walker's final British Top Ten album was the first to be dominated by his own songwriting. Ten of the 13 tunes on this 1969 LP are originals; the remaining three, naturally, were written by one of his chief inspirations, Jacques Brel. There are some interesting moments here. "Big Louise" talks about a hefty prostitute with shocking explicitness for a pop star album of the era. "Copenhagen" (like much of Walker's '60s work) foreshadows David Bowie. "Funeral Tango" is a particularly vicious Brel song. "30 Century Man" is an uncommonly folkish and focused tune for Walker. "We Came Through" is an oddball cavalry charge featuring one of his occasional forays into Ennio Morricone spaghetti Western-like production. The tension between Walker's dense, foreboding lyrics and orchestral production is unusual, to say the least. But too often, it's too difficult to penetrate Walker's insights through Wally Scott's string-drenched production. It shrouds the lyrics in a fog that's often too syrupy to justify the effort needed to fight through it. 01. "It's Raining Today" 4:02
02. "Copenhagen" 2:22
03. "Rosemary" 3:22
04. "Big Louise" 3:10
05. "We Came Through" 1:59
06. "Butterfly" 1:42
07. "Two Ragged Soldiers" 3:07
08. "30 Century Man" 1:29
09. "Winter Night" 1:45
10. "Two Weeks Since You've Gone" 2:48
11. "Sons Of" Gérard Jouannest, Jacques Brel, Mort Shuman 3:45
12. "Funeral Tango" Jouannest, Brel, Shuman 2:56
13. "If You Go Away" Brel, Rod McKuen 4:57 The original U.S. Smash label vinyl issue omitted "30 Century Man", replacing it with "The Lights Of Cincinnati", a UK non-LP single from the same period. This issue also featured a different cover design from the UK Philips release.1. https://rapidshare.com/files/458381284/Scott3.rar
or
2. http://uploadmirrors.com/download/1FSZBZQZ/Scott3.rar
. 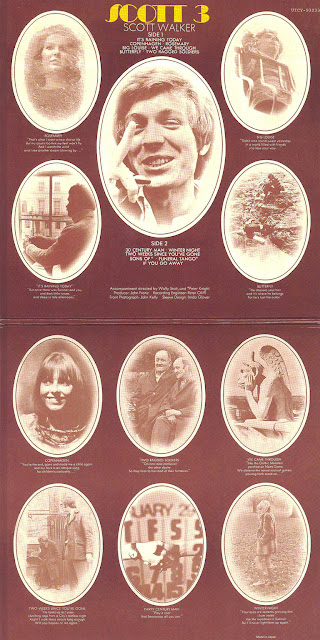 Iggy The Eskimo at the Exhibition

Amplify’d from atagong.com
See this Amp at http://amplify.com/u/byouo
Posted by T. Tex Edwards at 11:47 AM No comments:

Porter Wagoner - "Be A Little Quieter"

Amplify’d from www.youtube.com
See this Amp at http://amplify.com/u/bygzf
Posted by T. Tex Edwards at 10:24 PM No comments: