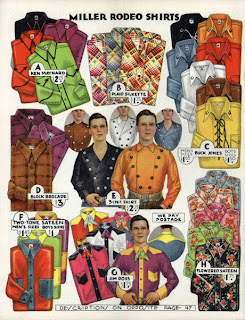 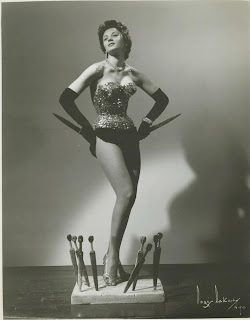 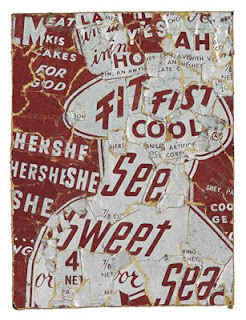 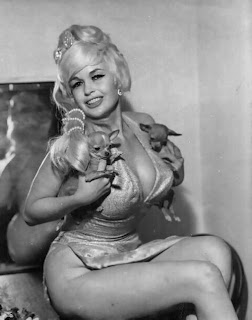 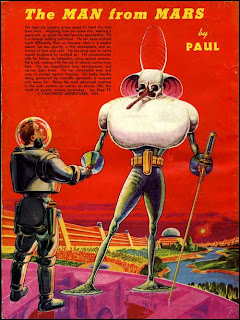 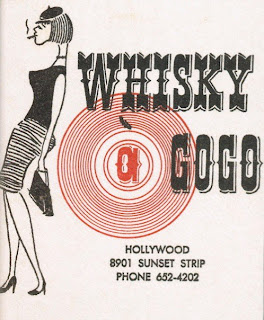 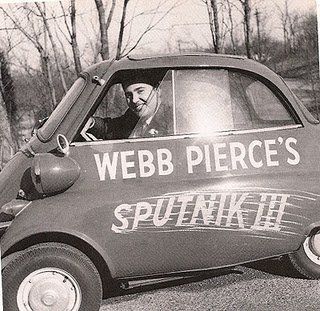 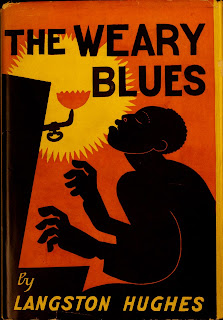 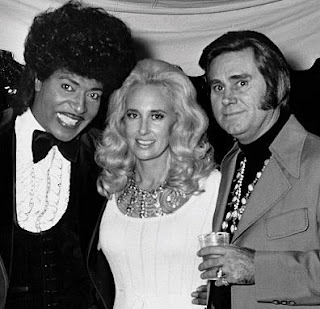 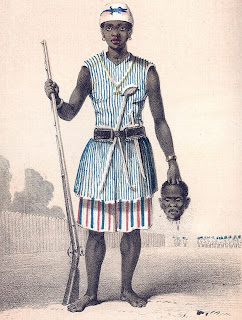 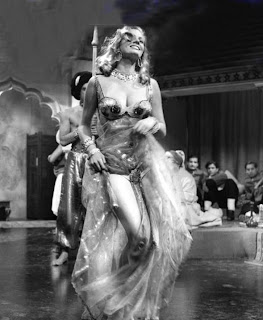 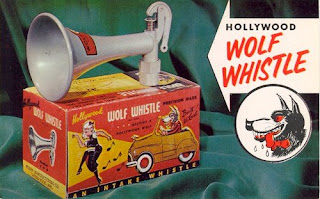 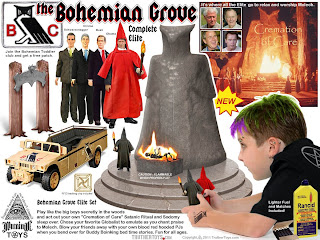 LUX INTERIOR, the ultra slithery frontman of the legendary CRAMPS engages Sal of Electric Frankenstein in this sinful interview........

I noticed your last album was dedicated to Goulardi…He just past away, right?
Lux: Yup.
Out here Zacherly is pretty much THE Horror Host. Can you explain to our readers the difference between the two, I don’t think most people are too familiar with the horror hosts and that whole phenomenon.

Lux: They were different people, Zacharly and Goulardi. To say they were just Horror Hosts, they were much more than that, they were somewhere between a horror host and Hitler. Goulardi, he was just way out of control, always causing trouble, always in trouble but he was so powerful that he could get away with it. Kind of like Elvis Presley shaking his hips on television, he was so powerful he could get away with it, everyone was upset about it but they couldn’t do anything about it because it was bringing in too much money. When Goulardi was on TV in the 60’s crime just plummeted because no one was out, they were all watching Goulardi. He was just a totally rebellious character. A good model for young people and was one of the forerunners of what later became youth counterculture type thing.
They had a lot of audiences based on television more than let’s say the movies themselves.
Lux: Yeah,oh yeah. The movies were, of course those movies were great and everything and that’s part of it, but the part where they played music it was like a party, just the chance to go nuts, the music like Goulardi played "Poppa Ooh Mao Mao" by the Revingtons, wild great rock’n’roll records that he played during the time that he was on. He would blow up things. He was just a role model.
Have you seen any tapes of Zacharly’s show that he had in the 60’s with the house and the Standells and the Young Lions, they always used to play. I used to live near there when I was little.
Lux: Yeah, I’ve never seen Zacharly, I’ve seen the video tape of Zacherly introducing trailers and stuff which is great. I never saw his show but I’m always a big fan of Zacherly in the monster magazines. He was just an amazing. I think that Goulardi and Zacherly were probably really the best ones. I’ve always loved Goulardi and as a matter of fact we often play his hit single.
Our band did "Coolest little monster" with Zacherly on the B side of one of our singles. He got a new record deal so he redid that song. He originally was going to sing it with us but he couldn’t do it because of his contract, he was still signing by contract so he let us take from the original record the intro and the middle so on our record it’s him doing the intro….We see him all the time. Have you ever gone to the Chiller Theatre conventions.
Lux: No, We’ve always been too busy. I really would have loved to go to the Chiller conventions. It sounds great. I’ve seen photos of him there and he looks great.
We used to help around the convention with, Kevin Clement is the guy. If you ever want to be a guest just let me know, we can set it up.
Lux: Oh we’ll probably do that sometime, it’s just a bad timing thing. That’s ‘cause we’re always doing something right at that time so far.
I don’t know if you collect. Obviously by what you’re interested in musically you can see that you’re interested in obscure records and horror toys, I’m sure. Have you ever on tour found really good finds in any thrift shops?
Lux: Oh, all the time. We’re always out looking for stuff. It’s great because we go to a lot of weird places, we’ll stop on the bus, in-between here and there we’ll find amazing things. Fairly often, you know, the farther away you get from the 60s the harder it is to find things. Somebody just gave us two albums by the Jaguars in Montreal, amazing instrumental albums. Fans give us stuff sometimes and that’s really great. Right before we left we found a box with a bunch of jelly jars on top of it in a junk store and I piled all this stuff and looked in this box and something just made me want to see what’s in that box and I found just a stack of amazing 78s of all 50s, the real wild, obscure, crazy rock’n’roll stuff. Like Blues, R’n’B stuff, that was the latest thing that we found. But we find stuff all the time.

One thing I want to know about. Your lyrics are interesting and definitely entertaining, not exactly what draws your inspiration but what books or movies you particularly find that you can pull from that inspires them.
Lux: Well, all of them. Mainly horror movies and exploitation movies and a lot of stuff comes from those press books from those old movies. Lines out of old movies, comic books that we collect, all the old horror comics of the 50s, probably about the only comics that we collect are obscure horror comics, the real sick ones from the 50s. Some stuff comes from there but mainly just old records, old rockabilly records and that stuff, singles mainly, 45s.
50s comics have the greatest cover, those colors.
Lux: Oh yeah.
And the artists. It seems as though the artist who didn’t know how to draw made the coolest monsters.
Lux: Yeah, real archaic looking.
Our record covers, we try to make each one look like an old, crazy comic book covers. Have you got a hold some old, obscure horror film lately on tape that might be real interesting. I’m sure you got stacks.
Lux: Well the ones that I really like a lot are that I think will become more popular. At one time no one ever knew who Betty Page was and we really loved Betty Page and I can’t believe that now she’s as well known as Marilyn Monroe or somebody. I think that the next thing that might become popular are these West German horror movies from the early 60s. They’re just packed with cool stuff. They have all these weird camera angles, they go take a drink and it’ll show them looking at the bottom of the glass. And some girl stripping on the other side of a nightclub. They all take place in nightclubs or stripclubs. Just weird camera angles. Some of them look like The Cabinet of Dr. Caligari where some of the angles are so weird and stuff. And they all have sexy girls in them and really weird stories. Titles like "The Head", "Phantom of Soho", "In on the River", just a lot of them early 60s West German horror movies. Klaus Kenski’s in some of them, Edgar Wallace. If you want to get one just to see what I’m talking about, "Phantom of Soho’s a good one".
I heard of a lot of these. The French and Spanish are easy to come by nowadays, and Italian ones, of course.
Lux: Yeah, you got to find a good rental place that gets good Sinister cinema stuff. The Something Weird Video stuff.
Yeah, those are always at the convention. They’re easy to get. Something Weird come out here all the time, they have a big huge table.
Lux: Yeah we’re real good friends with Mike Rainey!
Yeah, Mike’s real nice. We talk to him a bunch of times and we try and get clips from Kiss me Quick and other ones that have Frankenstein, those nudie cutie ones with Monsters and nudies in them. Those are pretty cool. We use some of those stills for our record covers.
Another question I wanted to ask. Your stage clothing, do you get them tailored or are they something you find in thrift shops.
Lux: Oh, half and half. If we find something that’s cool and sometimes we get things made. Works both ways.

Ivy’s outfit in NYC, everyone’s asking where she got it.

Lux: Yeah we haven't been to Thailand but we will probably do that soon.

North Vietnam is having bands come there now.

Lux: Oh Yeah? I didn't know that. I heard that China and Thailand are having bands in there now and we plan to do that but I hadn't heard Vietnam.

Yeah you can go in to North Vietnam through Sweden and get in there and somebody told me that 10,000 people will come to a show, even old villagers because there's nothing else.  But they've been buying American Punk records through the mail now.

Lux: That would be really great.

I got a letter once and I sold bunches of singles, not just of my band but all different ones to people of North Vietnam.  I talked to someone from North Vietnam and they're telling me all these Swedish bands come, and how other bands come through there now that it's a little bit more relaxed. It might be cool to go there.


Lux: If the Cramps played there they probably wouldn't forget it for a while!

Yeah I read that in Thailand when they show Laverne and Shirley, at the beginning they say "Please do not copy these women - they are escaped from a mental institution and are not like how nice normal American girls act." I wonder if you come out to North Vietnam everybody will start emulating a Cramps look.

Lux: That would be pretty funny.

THE END
POSTED BY DRSIVANA99
at: http://suchbeautifulgardens.blogspot.com/2012/10/lux-interview-from-gravyzine.html?
Posted by T. Tex Edwards at 12:23 AM No comments: